Kiwi has a sweet and nice caracter.
.
Many Thanks Agnès for your friendship. 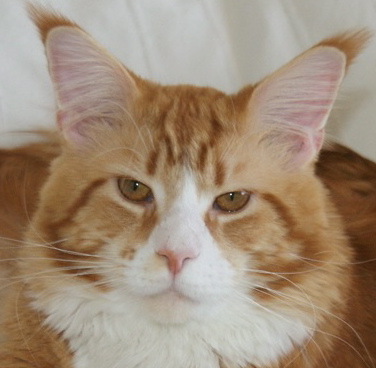 Vauban was born in Netherlands to Corina, cattery Sari Bombari.

.
Nice type and tips, strong, long body. Vauban will bring a beautiful balance for our next marriages.

.
With no possibilty to mate Vauban, we decided to neuter him and let him join his new home 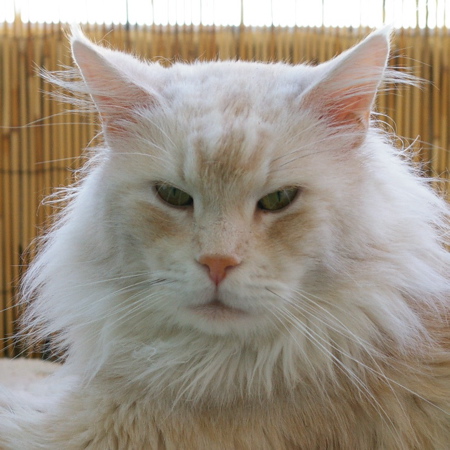 Lafayette was born in Denmark, issued from old lines which are followed for health for a few generations. He's got a low inbreeding, and he will bring a strong boning and a good type for our futur plans. Now Lafayette is well typed, has big ears, strong muzzle and nice profil. He's long and high.
.
Lafayette is a wonderful, sociable, player and kind kitten with an easy character. He has a new nickname : Mr "Purrs".
.
Many Thanks Lone for this sweet lovely boy.
.
Lafayette is the father of our four litters with Fire and Valentine. His daughter Ginny, and grand-daughter Geisha, stay with us. 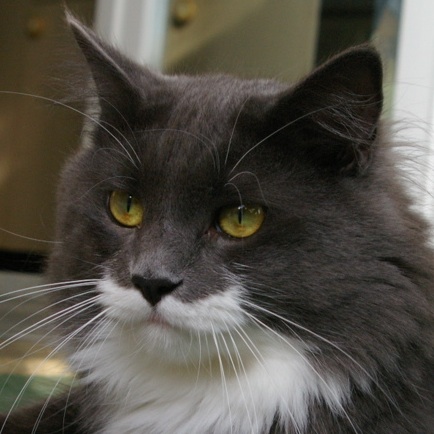 True Blue was born in Sweden from parents co-owned by Ulrika Olsson (cattery Ylletrollets) and Therese Palmer.
.
True Blue is co-owned with our friend Agnès (cattery Ile des Lionnes in France) with who we share the same philosophy in breeding.
.
True Blue will be our next stud boy. His pedigree combines old german lines, eureopean and new lines from Canada. This will allow nice combinations for our matings.
.
With a nice and affectionate character, he was immediatly "at home". This little boy is sweet and we are so happy to live with. Thanks Therese and Ulrika to trust us.
.
His daughter Geisha stays with us. True Blue was neutered and lives in a new home. 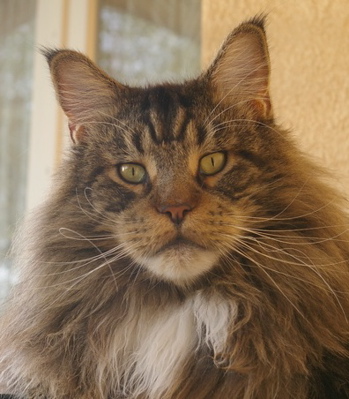 Vador is issued from traditionnal lines with a high inbreeding. He's wonderfull coon, heavy, big and high.
.
Vador has a very nice caractere. Every time with us, following us anywhere.
.
Vador present a severe dysplasia on both hips, and is HCM positive.
.
Vador never had babies, he was neutered on May 2006 and stay with us.